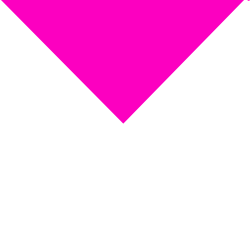 Seven and a Half, Right?
10/2021
Venice, IT
Bastian Marzoli, Claire Logoz
>press release,

The only truly sustainable architecture is the one we don’t build.

Originating from this idea, the proposal wants to explore a theme that is destined to become central if our society wants to reduce its need for new buildings: that of spatial reuse and reappropriation.

Faced with the Anthropocene’s great acceleration, a lot of actors in the architectural field are researching ways to reduce the impact of the construction processes as well as the consumption of their building while operational. However, very few are questioning the need to start those heavy processes in the first place.

Most of the urban fabric in modern cities is only used partially throughout the day, as occidental societies and their activities developed through compartmentalization. Uses have become linked to particular spaces and are often frozen in that configuration. This is true at the scale of the house (while in the bedroom, one doesn’’t use the living room), and that of the city (non-housing buildings are mainly empty during the night, and vice-versa).Construction norms, social habits, and popular culture all worked together to build the idea that qualitative spaces are large and separated from one another.

This, along with population growth, partially led to the current state of (over)-consumption in the building industry.

Without denying the need for boundaries to exist between protagonists and their activities, our team believes that we can investigate the scale, nature and temporality of said boundaries. This would allow architects to explore the potential of spaces that already exist but are not used to their full extent.

The Giardini’s pavilions are a perfect example of qualitative spaces that are underused during large parts of the year, as well as during the night.

In reaction to that situation, we want the Swiss Pavilion to welcome a supplementary program during the 2023 Biennale, that of housing. This is done through the implementation of an extra thickness taking the form of a wooden cabinet that runs along the pavilion’s walls. Spaces and functions can emerge from this intervention, thanks to the use of railings, hinges, rotating panels, curtains, and other conjuring tricks. During the day, the pavilion is used traditionally as an exhibition space, and those spatial devices are quietly stored away from sight, leaving a blank wall ready to welcome an exhibition. During the night, however, a new crowd invests the pavilion and starts using it as its house, unfolding said spatial devices.

We propose three options for the residents: employees of the Biennale willing to try this lifestyle, whose daily planning would fit the need to free the exhibition space in the morning, artists in residency, who could reflect on this experience through their practice, and finally ourselves, to experience our ideas firsthand and understand the limits and constraints of this concept, all the while serving as housekeepers for this peculiar dwelling.

Our proposal is meant as a working prototype, therefore, the public won’t see the spatial devices during the day. The performance becomes central to the project, as the visitors only discover the experiment through the documents (photographs, drawings, movies, texts, and so on.) that will be produced daily by the residents and showcased in the pavilion.

The exhibition will constantly evolve as the experiment unravels and the ambiguity between both uses is brought to its climax. 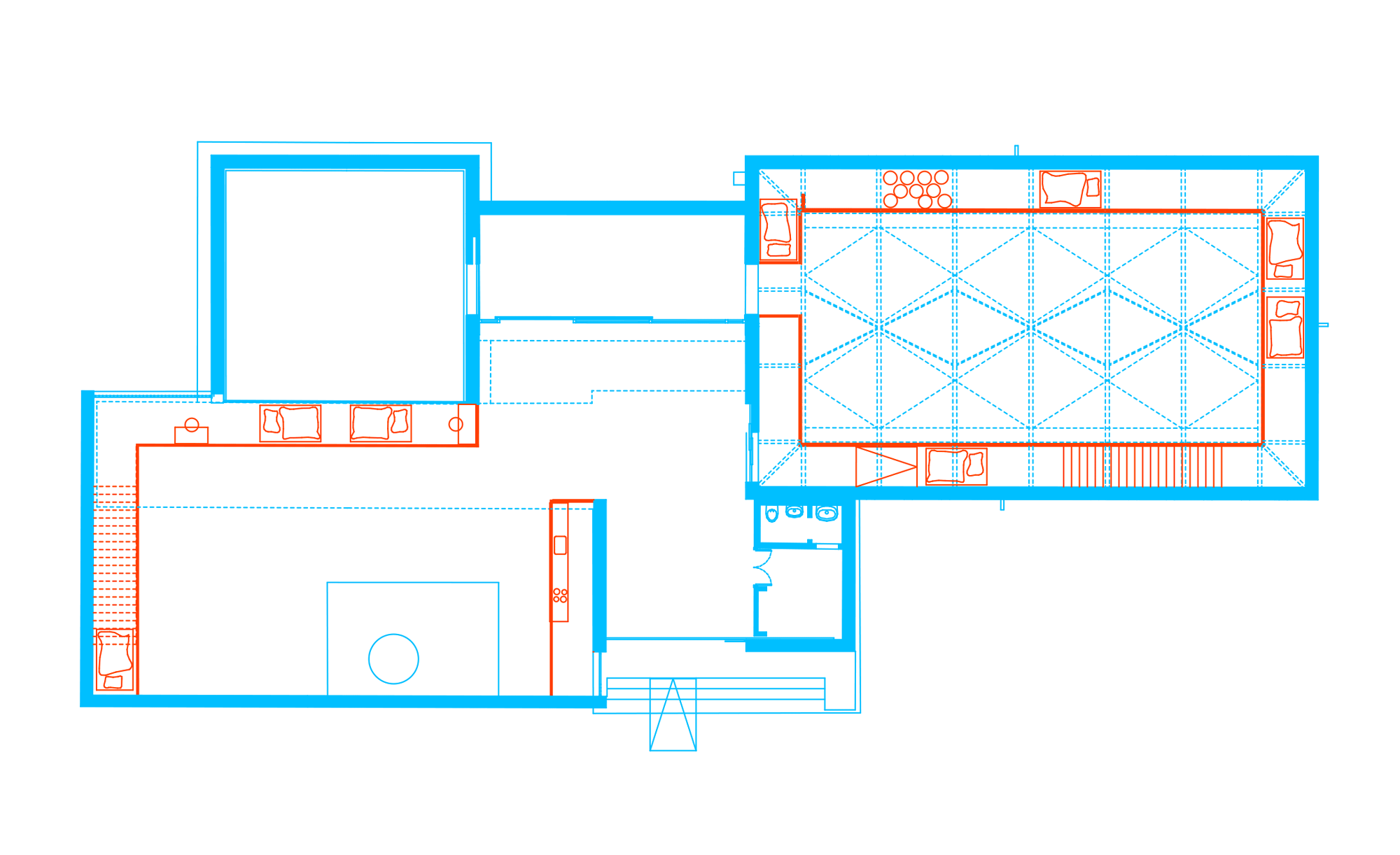 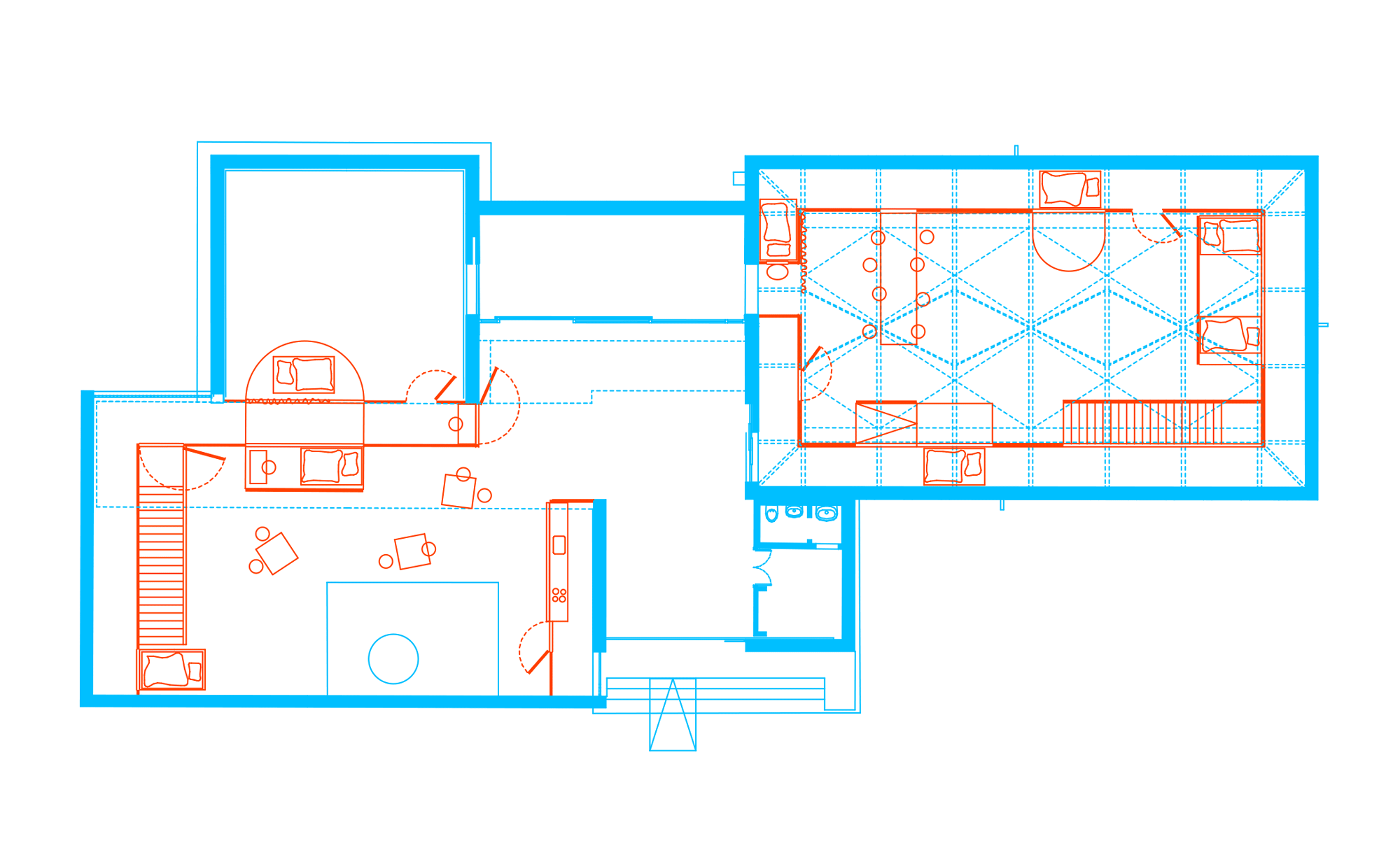 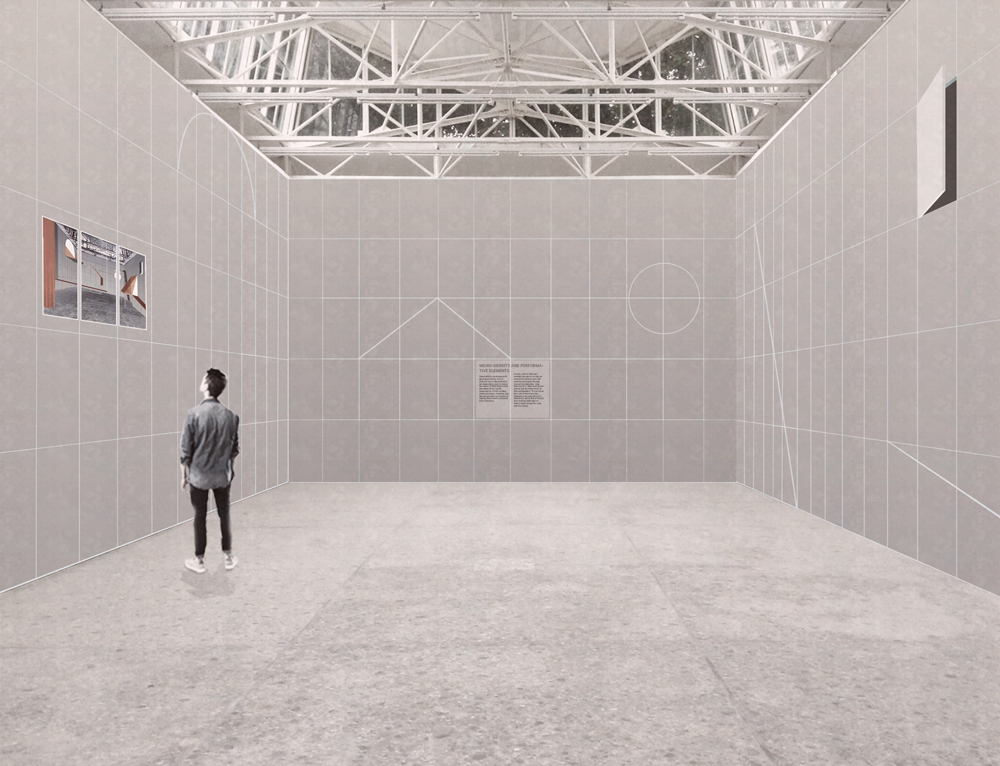 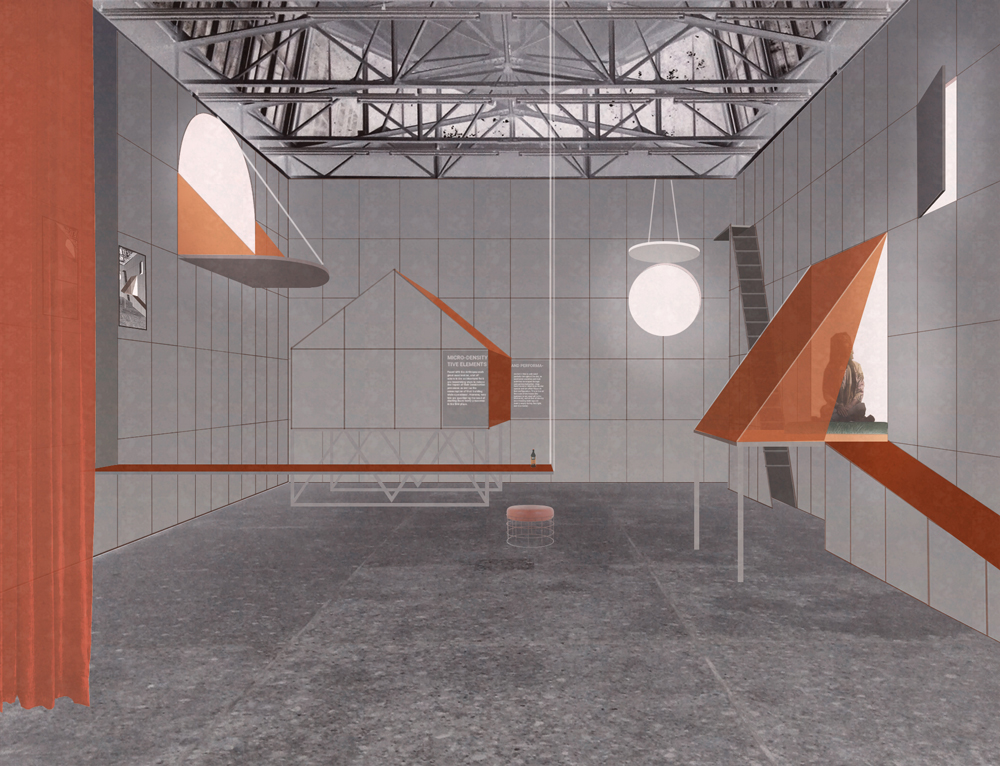